Thank you for coming to TEKKINRO 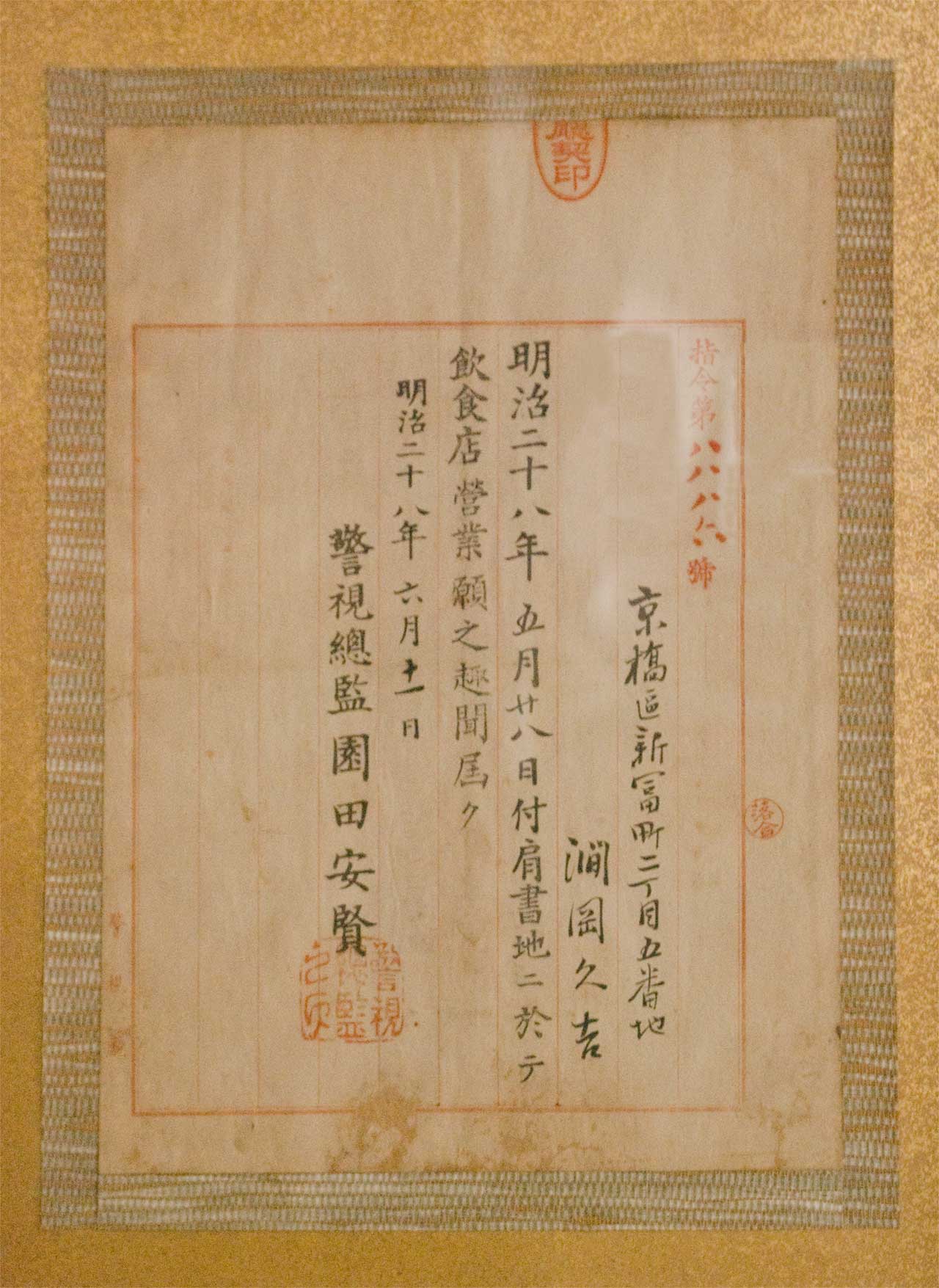 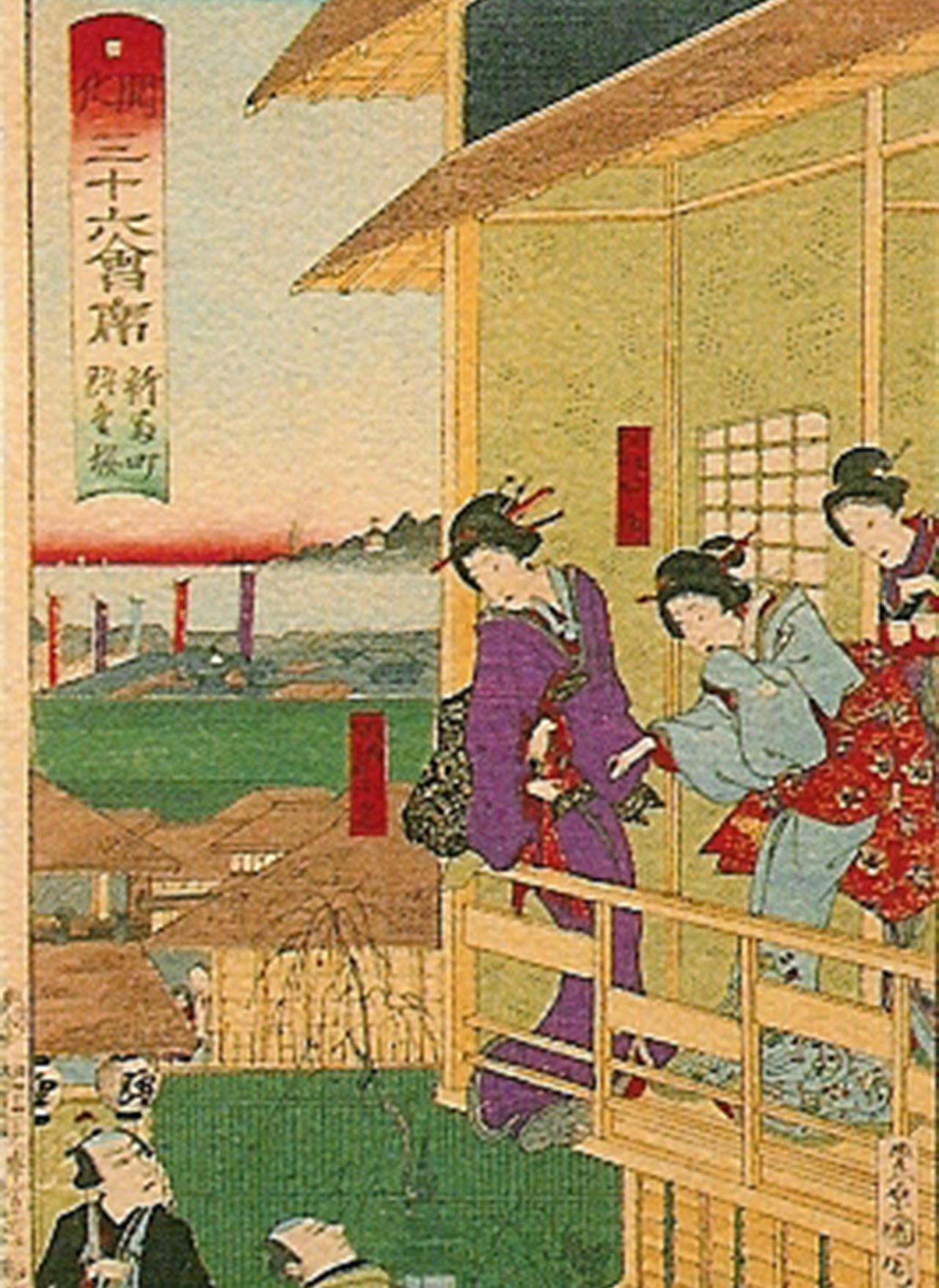 This was one of 36 chosen restaurants in Tokyo at that time. (meiji period 1878)

People often came here to enjoy the nice ocean view while enjoying their exquisite cuisine.
In the evenings, the ocean is especially beautiful.
The hues of scarlet and gold from the setting sun reflect on the ocean waves and display a spectacular scene.

A colored print called Nishiki－E, used during the Edo period,showed the view of Tokyo Bay from the terrace of this restaurant.

Tesshu Yamaoka, who was a teacher for Emperor Meiji, has named this restaurant TEKKINRO based on a Chinese Poem.

The name TEKI－KIN－ROU consists of 3 characters:

TEKKINROU is a place where you can relax and enjoy yourself over a serving of ‘Sake’ with your favorite cuisine. This can put you in the mood, reminiscing the bygone days and the historical times when this country decided to open up its gateway to foreign countries more than a century ago. You will be feeling the soft breeze from the sea stroking your face gently. You will be hearing commotions around the former theater called SHINTOMIZA when Kabuki were staged.